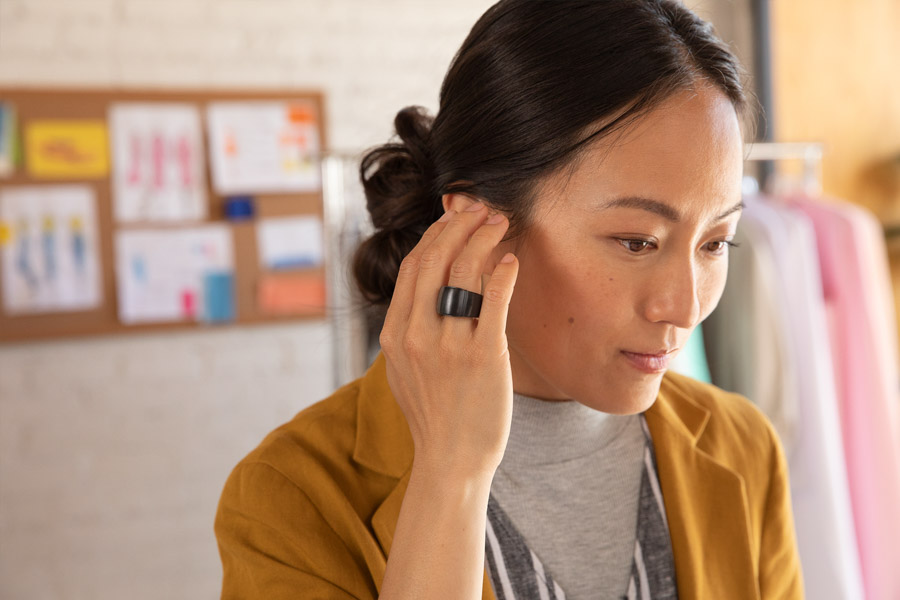 Amazon announced 15 new products at its fall event, including a few new product lines. In short, Amazon looks to lure people into the Alexa eco-system with attractive pricing, and the company really wants you to take its products wherever you go.

Amazon debuted a smart ring and a pair of smart glasses. They are intended to be a beta version of the real product. Both look like something out of a James Bond movie.

Amazon packed the smart speaker into a pair of smart glasses without the actual lens. Echo Frames has a titanium frame that weighs 31 grams. It is an audio-only device without a display or a camera. Users can interact with Alexa the smart assistant via a tap. The microphone can be turned off.

You can also fit your own prescription lens on the frame. Echo Frames will be available in limited volumes by invite only at a special price of $179.99.

The company plans to ship the product in a year.

Echo Loop is a smart ring that notifies and reads your messages for you.

The ring will vibrate when a new message comes in, and you can make a call by pressing the ring close to your ear.

It has 2 microphones that you can activate via a tap. Users can pair the ring with their phones, and it will let you access information upon demands. (I wish I had that when I was in school…)

Amazon released a pair of wireless earbuds and upgraded the Alexa to Echo Studio, with a price that is probably below production cost. The company really want you to sign up to its eco-system against Apple, Google, and Samsung.

Echo Studio is Amazon’s premium speaker option. The company said it can bring 3D audio into your house. No matter where the user places the speaker in the room, it will produce optimal sound for the space you put it into.

The speaker is anchored by three mid-range speakers along with a directional speaker upfront. Amazon also fitted a 5.25-inch bass driver at the bottom.

Amazon set the price at $199.99 available for pre-ordering today.

Amazon is entering into the wireless earbuds market with Echo Buds. The company said it plans to compete with more established players by offering better sound, better user experience with Alexa.

You can also access Siri and Google Assistant with the buds as well.

You can get up to 5 hours of music playback per charge.

The updated Dot comes with a LED display. It works like an alarm clock where you can see the timer you set, and the weather condition upon demand.

If you really want to make sure you have a smart voice assistant everywhere, Amazon’s Echo Flex might be for you. The device could fit in your pocket, and you can activate it by plugging it into any socket.

It has a tiny speaker but it’s only optimized for voice instead of playing music. You can also plug in a motion sensor or a night light. ,